This post is meant as a quick overview of how RAI might detach from its current USD denomination into something that’s not fiat related.

Before we start, I’d like to mention that the USD denomination is still necessary for now. Many people are still confused when they look at RAI and making it even harder to understand by denominating in an exotic index doesn’t help.

How to Change RAI’s Denomination

If we want to change RAI’s denomination, we have to swap the ETH feed from ETH/USD to ETH/INDEX. INDEX can be anything we want from bricks to a custom CPI. Once we do this change, we start to denominate all collateral in the system in INDEX and thus RAI inherits this denomination.

To minimize RAI market price disruption, the change should be done in a way where the new RAI redemption price value is close to the old USD denominated one (in terms of dollars). We can visualize the change as follows:

The question now is: is it possible to change RAI’s denomination post ungovernance (August 2022)? Given that we should leave governance for the ETH and RAI market price oracles, the answer is a clear yes.

This is fantastic to see written out! Do you have any ideas for a good index/denomination? If I recall from our convos, CPI is a lost cause, so I’d be interested to hear other ideas.

Probably no option will satisfy a large enough group of people.

I think the only practical option as index is a basket of fiat currencies. This would make RAI freer from the USD while still measuring a meaningful unit of account that matter in people everyday life.

The problem I see with XAU or a dampened ETH index (something like a moving average feed) is that it breaks the leverage use case for Safe owners. First, It would be hard to reason about you liquidation price in Gold/ETH. Then, is there really a market for leveraging ETH against gold ?

CPI is way too political and corruptible. I don’t think it is suitable for ungovernance.

The basket of currencies still makes it a bit harder to reason about your liquidation price but it’s more doable since on crypto standards the fluctuation between USD and other major fiats is pretty insignificant.

The simplest would be to start with the SDR basket and keep the weights adjustable. Chainlink is already supporting a bunch fiat: 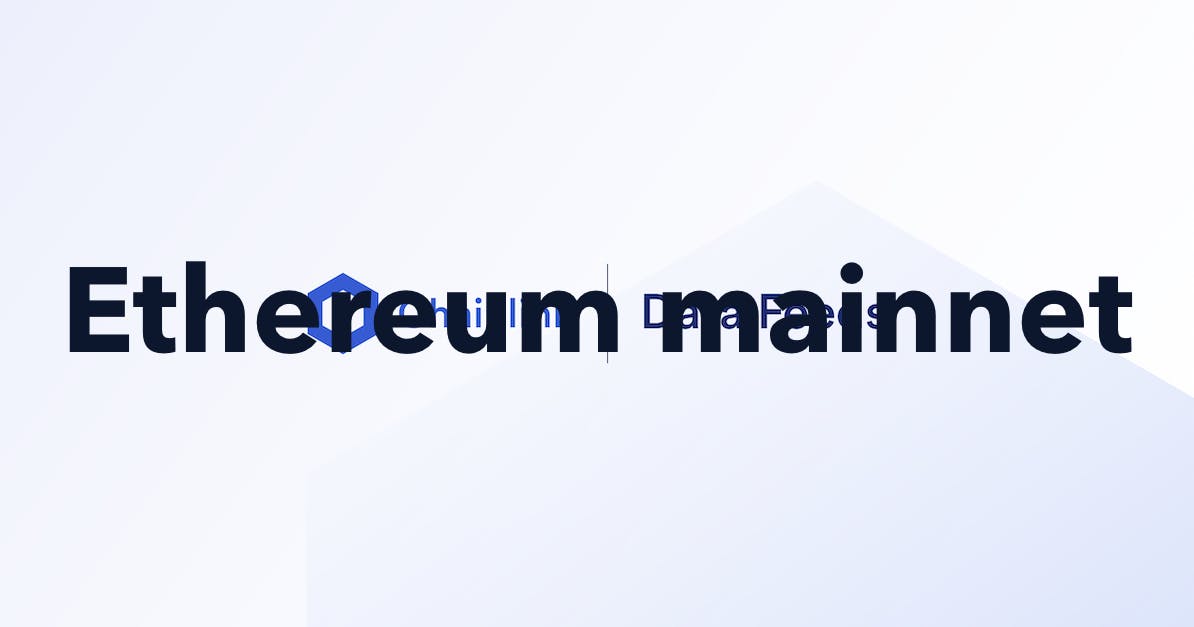 Access the most versatile list of decentralized pricing networks to build your smart contracts, powered by the Chainlink network

This is a bit against the title of this post

But it’s probably one of the easiest solutions

I don’t think you’re going to find anything that’s going to satisfy a lot of people other than USD or SDR or another basket of currencies like @Guifel suggested.

Central banks and governments do an ok job at keeping fiat prices stable relative to assets that most people buy (e.g. food, gas, shelter). If prices change too fast they just change taxes, subsidies, etc. to offset the price. Or, as @sionescu alluded to, they change what’s included in the CPI basket.

gRAI (gasRAI) that’s stable relative to base fee gas prices. Starting price would be something like the amount of ETH needed to make an ETH transfer from one EOA to an existing EOA. There’s some teams that are working on this but my impression is Reflexer has a huge head start.

A lot of us are degenerate apes who spend significantly more on gas prices than we do on real world stuff such as food, shelter, girlfrens. Being able to hedge against changes in gas price would be used a lot.

Electricity:
eRAI: I’m definitely not an expert on this but there’s decent electricity price feeds and I know a select few market makers are making good money off this at everyone else’s expense. Electricity prices only make up ~3% of the CPI but are pretty correlated with other prices because electricity is a major input in a lot of things that we buy.

Peak electricity prices are really volatile and right now this market is pretty closed off to everybody except institutions and large consumers/producers.
I don’t know if major BTC/ETH miners are currently participating in this market but there definitely should be demand from miners of every size. A big problem with synthetic electric RAI is that the eRAI market would get bigger than the real market and weird shit happens at that point (the tail starts wagging the dog).

I threw together a graph with data from here to show how volatile this is for one of the bigger markets ("Mid C which is most of the West and Northwest except California).

I’ve said this before but ideally I would hold a basket of tokens that are pegged to my expenditures, as opposed to CPI. (30% e.g. California rent, 10% california gasoline, 10% California electricity, 5% price of burrito at Chipotle, 1% ape lamps…)

You’re probably right and in the long run I also see multiple RAI like assets catering to different groups.

gRAI is pretty volatile though, I also saw a couple teams working on gas synths but volatility seems to break UX.

Any idea on what the maximum volatility a RAI fork can handle is?

This is median gas price for 1000 blocks (~4 hours) and then the rolling average of the median price for ~24 hours. (Using median for a bunch of reasons but base fee should look pretty similar).

It looks really volatile here but rolling average is like the simplest way to do this. Average volatility for the rolling average is ~3% difference over 4 hours. It does occasionally hit ~25% though so that’d cause problems for a RAI-like system – I haven’t played with different ways to dampen it yet though.

Hey!
Couple of points to add to discussion, some maybe obvious(please ignore if so

There are only 2 ways that stability can be achieved. Peg to some external asset, or to itself (probably like the more - some long term moving average 200 weeks or so)

The problem I see with XAU or a dampened ETH index (something like a moving average feed) is that it breaks the leverage use case for Safe owners.

Also it makes the change really small + predictable, if you target moving average in years.

2.1. tradeoffs - pricewise
This would solve the case of dollar depreciating in buying power and real value in the long term, while on the other hand it would still keep the short term stability against dollar and by proxy to other fiat currencies, which IMHO is the main purpose of stable coins. It would not address the issue of dollar depreciating against other currencies, but here I would say one can make a strong case that compared to other currencies, dollar being the world reserve currency does not have that much of a downside. (also how much SDR is proportialy made by USD? what is the correlation USD/SDR? would guess really high). Even if dollar looses its status of reserve currency, it does not seem highly plausible that Yuan or other fiat currency would take its place. Some other upcoming world reserve currency which would replace the dollar seems like the only other reasonable scenario under which it would make sense to go through the process of targeting to SDR. As I have argued the only other alternative that is better from stability standpoint is some basket of currencies(SDR) and I would argue that it is not really by much.

2.2. More self contained / less external reliability
The advantage here would be, that it makes the system less reliant on external oracles, since there are already very liquid ETH/USD AMM pools that could be taken as a price feed input. Also, there are already many Cryptodollars on Ethereum. Both of these facts could be leveraged, so that the final price feed fed to the mechanism is very robust and works in case of any particular cryptodolar failure(to keep the peg) or AMM failure (smart contract failure). Conversely the lack of price discovery directly on Ethereum for practically any other other “real world” asset (gold, other currencies) makes it completely dependent on external price oracles…

2.4 Drawback - Possibly harder to explain to normies, how is it stable if it targets moving average of eth price.

I think this could be considered as an option although I still wonder if RAI minters will like it. We could debate for years on denomination and it’s almost guaranteed the end state will be that some people won’t like the decision. This is why we’re more focused on RAI adoption and building something solid.

Projects like FLOAT tried to make some fancy CPI denominated synth but they got nowhere. Priority should be growth and ungovernance imo.

I just thought of this idea and wanted to share it here.

Every living thing has one thing in common: the need for water. Specifically clean drinking water for humans.

If we use ETH/X amount of clean drinking water, we can ensure the purchasing power in terms of water for RAI holders remains consistent on average.

Thoughts for this far-fetched idea?

Hmm how do you get an oracle for that?

It would be amazing if Chainlink could be convinced to build an official data feed for the price of water.

Or someone could build a custom oracle using Chainlink Keeper or some similar oracle solution.

The hardest part is finding reliable, accurate, and up-to-date data used for the calculations.

Off the top of my head, here’s how such a custom oracle solution would work for the price of water.